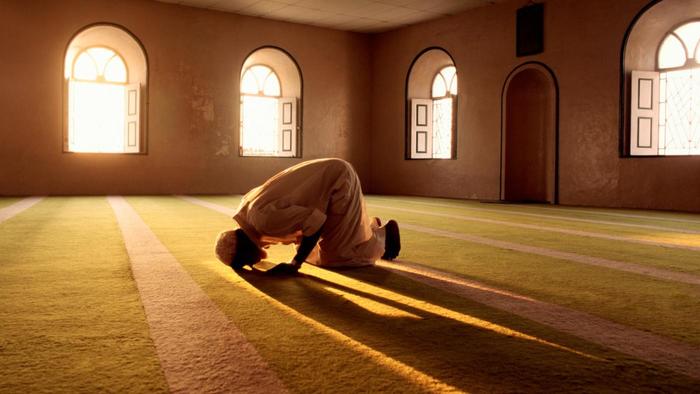 What’s your problem man, why should it bother you? This is what I often get asked when voicing an opinion on the subject of Faith. Asking How Religion Affects Society is a critically important question, especially when one considers a vast number of human rights abuses that occur in this domain. As a society we have gathered enough common sense to impose some accountability on almost  all of our establishments, but for some reason religion even in a modern world falls outside the scope of this criticism. It’s teaching and consequences are often beyond reproach from its participants or external sources. So in this article, I will address my fundamental issues with faith and why society should in fact hold it accountable for is defects.

The Issue of Morality

Most people would put religion forward as the epitome of a moral standard. I have found that it does not even come close to this; in fact it gives people a framework in which to abandon their own fundamental sense of morality in situations where “The Right Thing” is normally beyond contention. It also creates morality loopholes, where you can essentially excuse yourself from absolutely anything you’ve done through seeking absolution.  I’m not suggesting that all religious folk are going about toggling there morality switches doing all sorts of atrocious things and then turning it back on again. But it is undeniable that even in the most civilized pretext of religion; people often collectively allow things to happen that in any other context of the real world would be unacceptable.

I invite an Cooperation to release a statement saying; that no women will be allowed in leadership positions or that they will be required to sit at the back of the office, not to be seen or heard. I guarantee that the world at large would be grossly outraged by such a statement, which is why it’s absolutely shocking to see how much of a common occurrence this is in almost all main stream faiths. Even more disturbing than this, is that it’s often not men who are necessarily being oppressive towards women.   In my own personal experience, it has always been women who ostracize other women for “stepping out of line”! The issue of sexism in our faith is something that I pointed out to women in my own peer group, asking how they could be ok with the fact that they are categorically denied certain rights and opportunities in their own communities and homes on grounds that they have vaginas! I was shocked to hear them agree that it is sexist, being entirely ok with it because  humans cannot understand the workings of God. In many regions of the world this often translates to horrific physical abuse and denial of fundamental human rights! I’m sorry but to be tolerant of this, is the exact same as saying slavery and the horrors that came with it is perfectly permissible just because someone feels it’s righteous…

The willful rejection of knowledge seems to be a common occurrence among the religions of the world. In fact most people will be praised for upholding their religious belief in the face of overwhelming contradictory evidence, this type of reasoning does not work anywhere else in reality! Whole countries also exhibit this behavior where Sharia committees in Islamic states actually vet universities to ensure that the syllabus is not corrosive to their religion. I fail to see how the whole sale rejection of education can produce a healthy society.

Religion is one of the last remaining platforms where one can openly express prejudice to other groups. Most religious people are perfectly happy to accept that over half the world’s population is condemned to hell, a fate worse than death simply because they refuse to share in their delusions! The real ugly side of this encouraged prejudice rears its head in the form of protests held by the USA LDS Church with their “God Hates Fags” posters. Even here in South Africa; we had huge upheaval with the opening of a Gay Mosque, in which demonstrations were held preventing entry to the mosque. I was surprised to see the reaction of my seemingly rational Muslim friends, as they instantly went to Defcon 5 stating that this mosque should not be tolerated. I’ve personally witnessed men aggressively reprimand women they have no relation to for not wearing scarfs or making humorous remarks that they would otherwise endorse from men.

Religion often affects things that it clearly has no business in, religion was openly enforced on us in my High School and even primary school where I was required to attend both Sunday school and Madrasa . The inauguration of many political leaders is done in religious context, and many parties are forced to align their views and policies in favor of religion to ensure that they don’t lose votes. In many countries religion is heavily integrated to the law, places where apostasy is considered a criminal offense punishable by imprisonment or worse. Even punishment for various other offenses such as stealing or adultery (which is not a crime) is determined by religious teaching not policy. In many countries of the world, same sex marriage is still outlawed on religious grounds and not reason.

I cannot begin to count how many people have told me that there are things that humans are just not supposed to know! I’m certain that 1,000 years ago, the idea of flight, going to the planets and moon was largely out of the reach of humans. They would likely have told you that such things are not meant for us mere men. To put very achievable knowledge outside the reach of humanity in this manner is very short sited and corrosive to progress. This is a huge problem for the world at large; when we consider that it has only been through the relentless scrutiny and acquisition of true knowledge that we have seen the progress of the modern world. We are in for some serious trouble, when the larger percentage of our population is perfectly content to settle on the idea that mystic beings are responsible for the nature of reality. Religion teaches us from a young age to accept radical claims without any supporting evidence, and furthermore it harshly discourages the challenging of such ideas. There are very real, very serious problems in the world today, and they would stand a much better chance of being solved if half the world’s reasoning skills did not end at “It’s all in Gods hands”. Religion is robbing us of desperately needed critical thinking.

Faith is not as benign as most people would like to believe it is. We have come a long way in our understanding on human rights, freedom and the nature of reality. It is the last remnant of our relatively dark past, and serves now only as a stumble block to further progress in our society. People should be encouraged to relentlessly criticize and question it, as long as we remain silent, it will continue to infringe on progress and abuse the rights of human beings the world over. Religion is not exempt from scrutiny, we are right to hold it accountable for the consequences of its behavior! In the words of Richard Dawkin’s, “Let’s now stop being so damned respectful!”